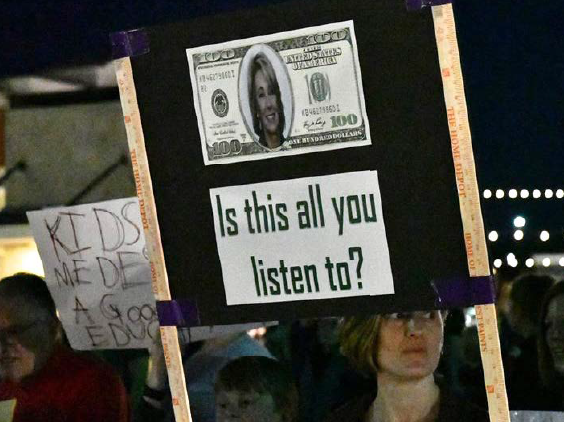 As a follow up to the Kansas People’s Agenda Rally, Davis Hammet, Executive Director of Loud Light, is producing short weekly summaries of what transpired in the Kansas Legislature as well as a summary of bills that will be worked in the week ahead. He posts the video and summary each Sunday while the Legislature is in session.

To listen to the videos go to: www.loudlight.org then click on the “KS LEGISLATURE” at the top right hand corner. “Recaps” are the weekly videos; “Week # Actions” are a summary of the bills with suggested actions concerned Kansans can take.

Visit the MAPJ webpage for a complete write up of the KPA rally and participants’ reactions.

In the last edition of the MAPJ Newsletter, we featured a article by Rev. Dr. William Barber whose work in North Carolina provided the inspiration behind the creation of the Kansas People’s Agenda. In March Carol Barta and Christopher Renner will facilitate a community-wide common read of The Third Reconstruction: Moral Mondays, Fusion Politics, and the Rise of a New Moral Movement (Beacon Press).

The book is a memoir of how Rev. Barber and allies as diverse as progressive Christians, union members, and immigration-rights activists came together to build a coalition in response to the radical agenda put forth by the Republican party in North Carolina.

The Common Read will divide the the book into two parts: the first five chapters will be discussed on March 14 and the final 4 chapters and Appendix on March 28 and will be held at the Manhattan Public Library Auditorium beginning at 6:30 PM.

The Manhattan Alliance for Peace and Justice envisions and healthy, just, and equitable community for all. We provide leadership, training, and support for direct action community organizing in Manhattan, KS and across the state of KS. View all posts by MAPJ